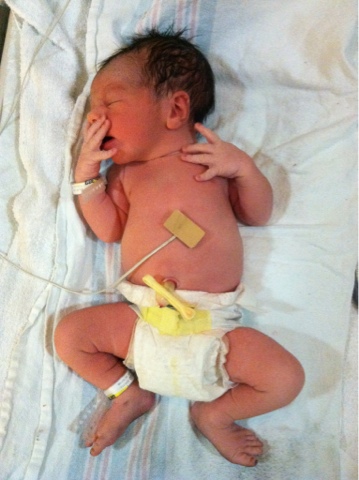 Posted by Michael at 6:41 AM No comments:

I read the newspaper. I currently subscribe to two newspapers-- one's a local rag that's my mainline to nearby politics, and happenings in the community that don't center around the art world. The other is a paper of repute that makes me feel a little shameful because the news is so far afield and the advertisements are aimed at people who make as much in 3 days as I make in a year.

As everyone knows, there aren't many newspaper readers left. I have a few friends who read the paper but my major newspaper influence is my father. Every morning that I lived at home I'd walk into to the kitchen and see him sitting quietly at the table reading. Sundays are forever linked to the completion of crosswords because that's what he did (and still does). I used to wonder why it was that he read the paper so religiously. No doubt the paper helped him be up on current events but so did the news he watched each night, and he's far from being an overtly political person.

I've read the paper fairly consistently for only decade, maybe a little more.  At first I bought it because I thought reading a paper was what a man did while he ate his breakfast. I thought it might ready myself for the day of interactions ahead. When I travel I always get up early head out and grab the local paper. Friends often ask why I get up so early or where I'm going as I hurry past them before coffee and I always respond that a man reads a newspaper.

I guess I do believe this. I of course also believe that a woman reads a newspaper and I love that to see Kim pick up the paper. The only thing better is when she reads me an excerpt of an article. Subscribing to the paper(s) isn't cheap and with a baby on the way I've been wondering if I shouldn't just settle for reading the paper on the internet (after all we do have ridiculously fa$t internet because I insisted DSL was killing me). The problem though with digital papers is that it really isn't paper. Reading the paper is active. All the folding and unfolding-- the creasing and then folding again. Plus, I read the paper with a pair of scissors in my hand, and everyday I clip out articles for Kim, for myself or for friends or students. I have file folders and boxes full of clippings. I'm no Nicholson Baker but my collection of obituary pictures numbers in the thousands, and would be greater if I had the time or didn't mind piles of papers all about the house.

So all of the above is just a small part of the reason why I have kept the pictures that follow. The other part of the reason is maybe a bit bigger and much more idiosyncratic and maybe I'll get to it later. In the meantime, here are some of my favorite obituary pictures that I've collected. Its being International Women's Day, I'm including just images of women. 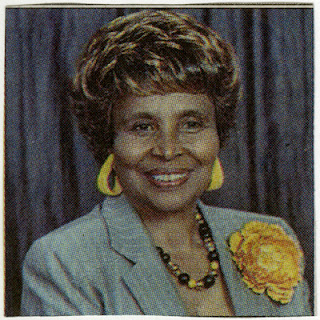 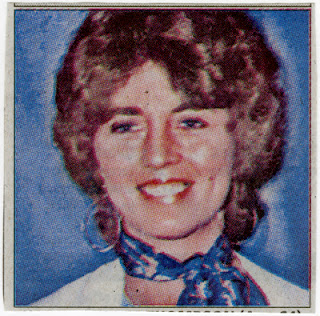 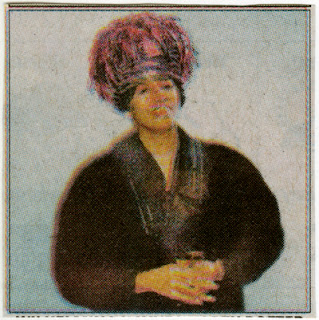 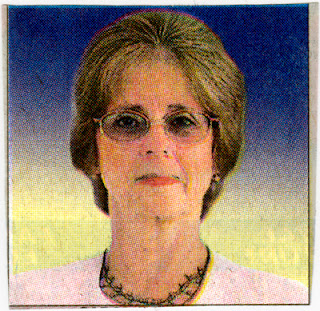 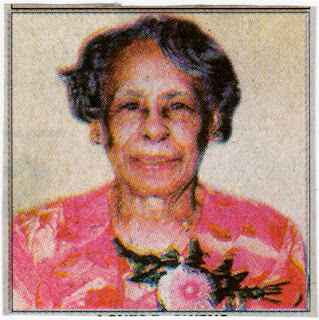 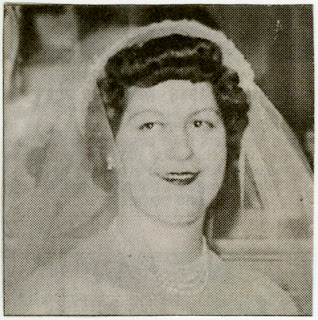 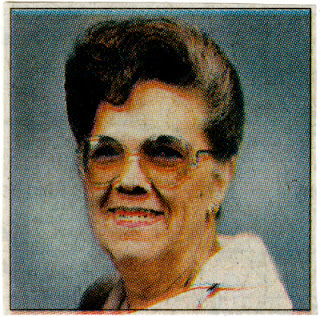 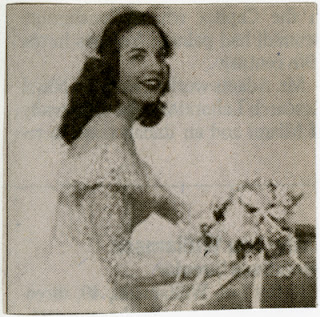 Winter hasn't been anything like this this year.
On occasion I read Shorpy Historical Photo Archive. It's always worth a perusal, and there is always the option to see the images at full scale (scanned size).
Posted by Michael at 12:22 PM 1 comment:


The New York Times ran an article yesterday about the upcoming digitization (and availability) of Alan Lomax's collection of field recordings, notes, films and pictures made over his long career. Truly global in scope, his archive covers much of world folk music.

I just learned of Bessie Jones and the Georgia Sea Island Singers.

"Ms. Jones was an influential singer on St. Simons Island, Ga., where this selection was recorded on Oct. 12, 1959. She and Lomax collaborated to make her group, the Georgia Sea Island Singers, a national touring act that performed at the Newport Folk Festival and President Jimmy Carter's inauguration." - from the multimedia page that accompanied the above article.

Posted by Michael at 9:28 AM No comments: 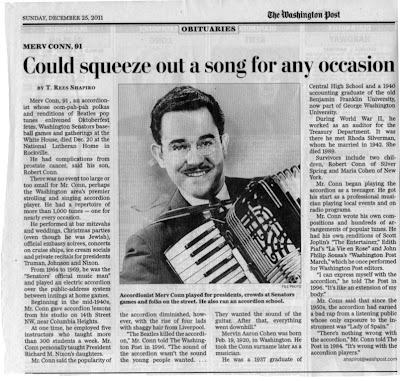 Washington DC's preeminent accordionist, Merv Conn died on December 20. I called him more than a decade ago when I was living with my Nana and Pop in Alexandria. I was trying to figure out the best way to go about learning the instrument and would call accordionists listed in  phone books in any city I visited. I think we must have spoken for 15-20 minutes, he gave me tips and told me about his own experiences in hopes that I might become one of his students.

I never did take a lesson from him, but years later when I heard that Jeff Krulik had made a documentary about him Kim and I went with Todd and Kristen to Silver Spring in the hope of seeing it. Alas, that screening was sold out (we saw Merv in lobby playing to his fans), but we did get to finally see it during the 2007 James River Film Festival. It's a great portrait of a beautiful person.

I heard What's That Smell Like Fish on Edge of Americana this week.
Smokin'!
Posted by Michael at 8:52 PM No comments: 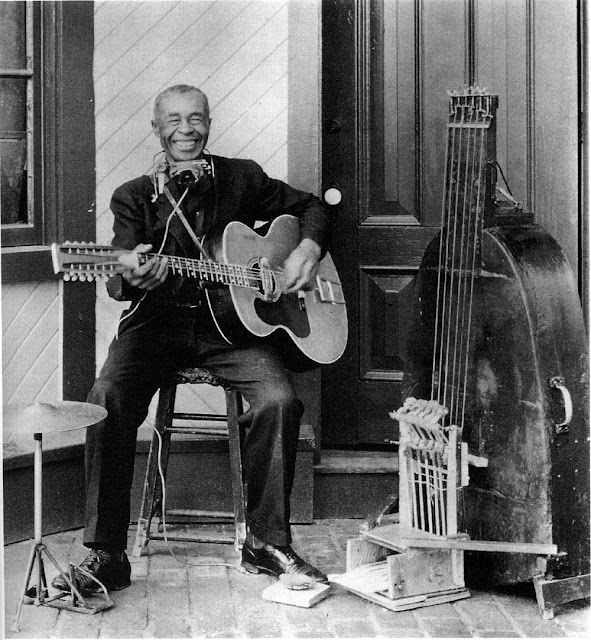 Jesse Fuller wrote The Monkey and the Engineer. A song covered by many musicians, including the Grateful Dead, and more recently Dave Rawlings. He invented that contraption next to him named the "fotdella".

From Wikipedia: The name "fotdella" was given to the instrument by Fuller's wife, who took to calling it a "foot-diller" (as in the then-current expression, "killer-diller", meaning exceedingly good); later, it became shortened to just fotdella.

Here he is (shoeless) playing all that stuff.
Posted by Michael at 4:59 PM No comments: 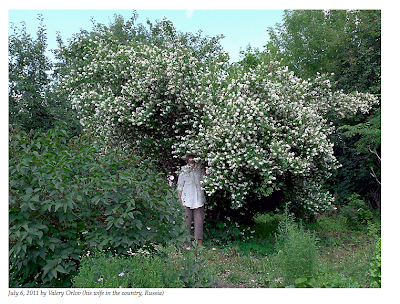 Posted by Michael at 4:36 PM No comments: 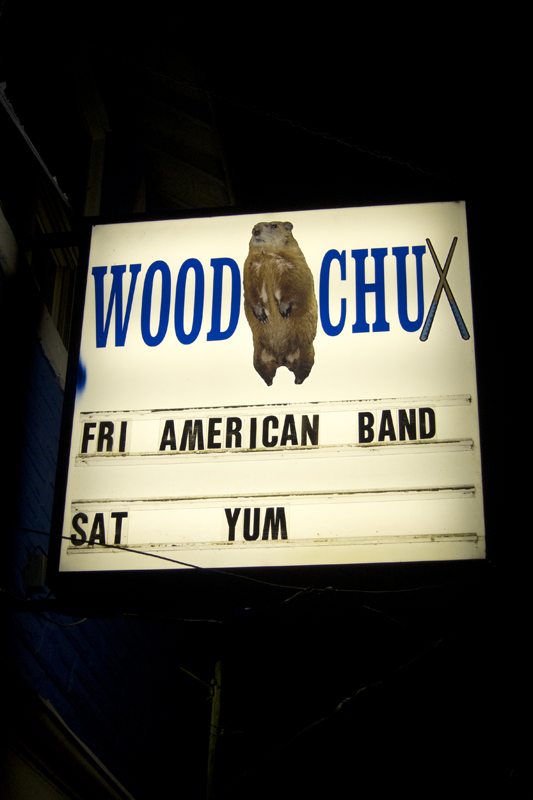 I love this sign. This bar is located in the Dingle, in Cumberland, Maryland.
Yes, the wood chuck is a groundhog.
In literary parlance, a dingle is a deep wooded valley or dell.
In contemporary Cumberland, it's an intersection, or what I like to think of as a confluence of streets.
Posted by Michael at 4:33 PM No comments: 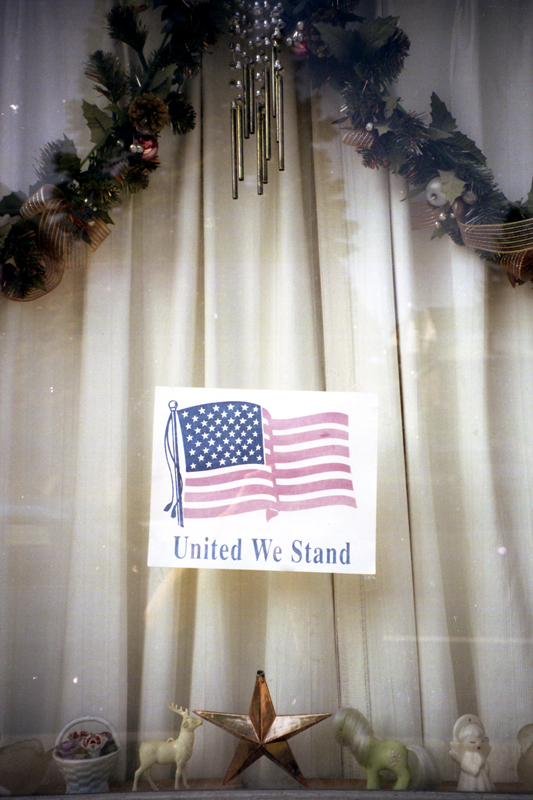 I recently scanned some old negatives for a chapbook I'm making and came across this image of my former neighbor Naomi's window. I lived at 195 E. Main Street in Frostburg, Md for a little over a year. She was a major reason why I wanted the apartment. In her mid 80's, nearly deaf and sweet as hell, I would occasionally play the accordion for her, she would give me jars of homemade beef stew, and I photographed her on a number of occasions. She died a few years ago. I'm glad I have these pictures.

Posted by Michael at 5:41 PM No comments:


Matt King is a sculpture professor at VCU.
More of his work can be found here.
Posted by Michael at 12:22 PM No comments: 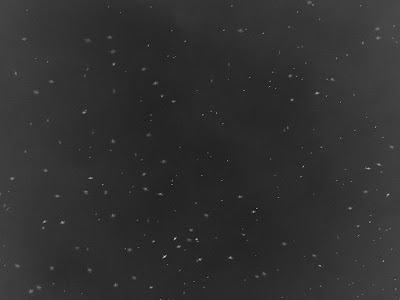 Posted by Michael at 9:20 PM No comments:

Notes from a Lecture 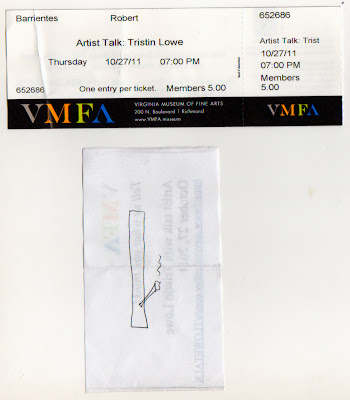 Posted by Michael at 8:36 PM No comments: 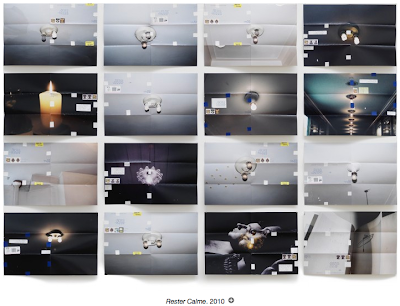 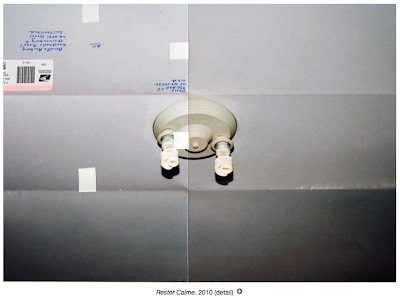 Moyra Davey's work is featured in Moma's most recent exhibition of New Photography. The work is direct, deep.

See more of her work here.
Posted by Michael at 9:02 AM No comments:

Posted by Michael at 3:01 PM No comments:

The 14th Annual Theresa Pollak Prize for Excellence in the Arts 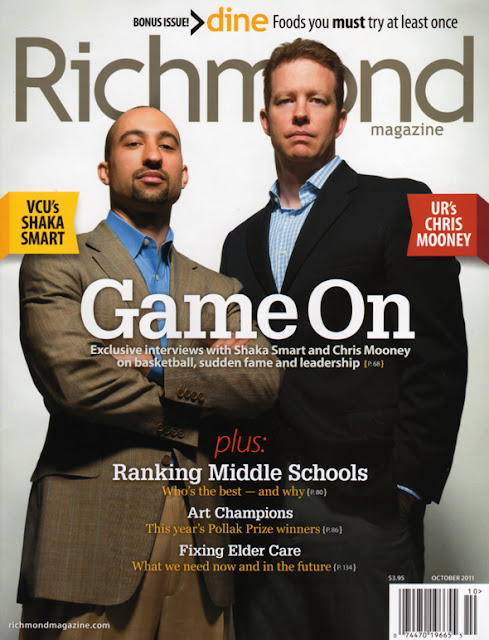 Just last night I received Richmond Magazine's Theresa Pollak Prize for Excellence in the Arts. The prize is given annually to a dozen (or so) visual, and performing artists who live in Richmond. The artists are chosen by a committee made of previous award winners. This year's selectors said of my work:

Michael Lease's photography addresses the familiarity and accessibility of the snapshot with an enhanced awareness of the world. He is a community-focused artist who brings people together in a collective experience, as he did when he choreographed a performance event of onlookers gathering to admire the flight of chimney swifts. He sees things others do not and captures them for us.


It's a real honor to be in the company of those who have won the Pollak in the past, as well as this year's winners: Tanja Softic, Ana Ines King and the Latin Ballet of Virginia, Rex Richardson, Susan Iverson, Samson Trinh & the Upper East Side Big Band, Eric Knight, Todd Raviotta, Scott Wichmann, Joshua Poteat, and Myra Daleng. 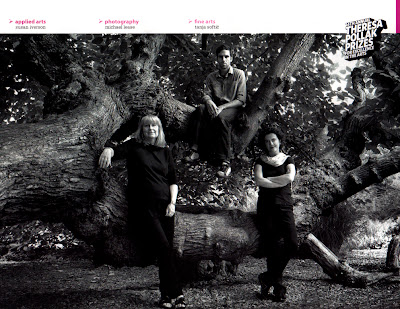 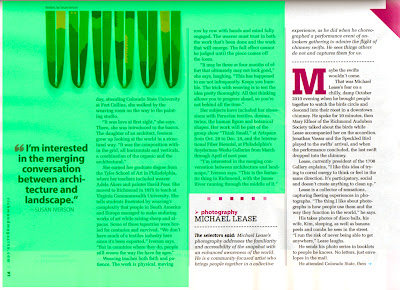 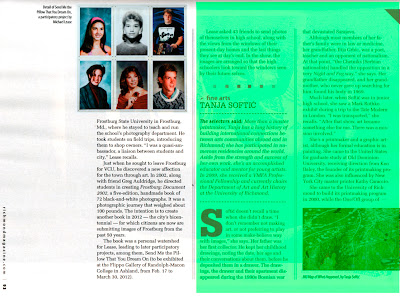